In September 2018 I solo trekked the Lycian Way in southern Turkey. Before setting out I tried doing some research on the hike and there wasn’t a huge amount of information out there. So, here’s my account of the key things I wish I’d know before I set out.

In 2017 I started the Camino de Santiago in a pair of hiking boots and after about 200km of blisters and shin splints switched them for a generic pair of oversize light running shoes. Immediately the foot problems went away and I bounced along the remaining 700km in carefree joy. I assumed I’d be able to do the same on the Lycian Way. I was very mistaken.

Unlike the Camino the Lycian Way is offroad and very rocky nearly its entire length. The sole of my (almost) brand new trail runners got torn to pieces after a week. To make matters worse the little towns that the Lycian Way passes through don’t have any proper sports shoe stores to find a decent replacement. At one point I had to double back to Kas in order to replace a replacement shoe, and even that wasn’t the best. Shoe issues were my biggest challenge of the hike and I’d strongly advise that you set off wearing a proper pair of hiking boots or trail shoes with very sturdy soles.

I got lost. A lot. Up to ten times a day on some stretches. Normally I’m pretty good finding my way around but there are parts of the Lycian way with no markers and no obvious path to follow. It’s very rare to find a sign pointing you in the right direction and most of the time you’re looking for red and white marks that have been painted on rocks. The frequency of these markers varies significantly and in some of the more urban areas they disappear completely.

I used the Trailsmart App to help with directions and it was a lifesaver. I believe that there’s also an official Lycian Way App, but I personally found that Trailsmart did the job and provided light-hearted commentary that provided some context to places I passed.

I was expecting September to be a little cooler then it was. Most days were 30-35C and clouds were a rare sight. I think it rained once, and that was after I finished the walk. The wells and streams along the way were mostly dry this late in summer and steep climbs in the baking sun meant I sweated profusely. Proper hydration and water management were really important. Each morning I’d drink as much as my stomach would allow prior to setting off. I’d carry 3L of water in two bottles and have another smaller bottle at the bottom of the pack as a backup. Since most days I’d pass through at least one village there were always water taps along the way to refill the bottles. All the villages in Turkey have a mosque and all the mosques have water fountains, so I typically stopped there for water and a break. I never used water purifiers, I was never seriously thirsty or at risk and never suffered any side effects from drinking the public water along the way. But I was more careful then I would normally be about keeping my water supplies full.

A couple of days prior to starting the walk I bought a 10€ tent in Istanbul and a cheap foam sleeping roll. I wasn’t sure if I really would need either. As it turned out I almost didn’t. I camped out 2 nights and only one of those was it necessary due to there being no nearby village. Even so, I enjoyed the camping and since the tent only weighed 1kg it wasn’t a huge burden to carry it around. If I were to do the hike again I’d absolutely take a tent but use it sparingly as part of the charm of the Lycian Way is staying with the local Turkish people in their Pensionys.

I never felt unsafe. The people were universally friendly. The environment and the trail conditions were manageable. Even if I’d gotten lost and twisted an ankle I think I still could have stumbled my way to help. Mind you, I’m reasonably fit. If you’re not in shape then some of the long hilly parts of the walk could be very challenging and if you do feel that you might be testing the limits of your endurance then I would strongly advice walking with a companion. Pack sensibly with warm clothes, plenty of water, food and some sort of accurate map (digital or paper) and you should be fine. 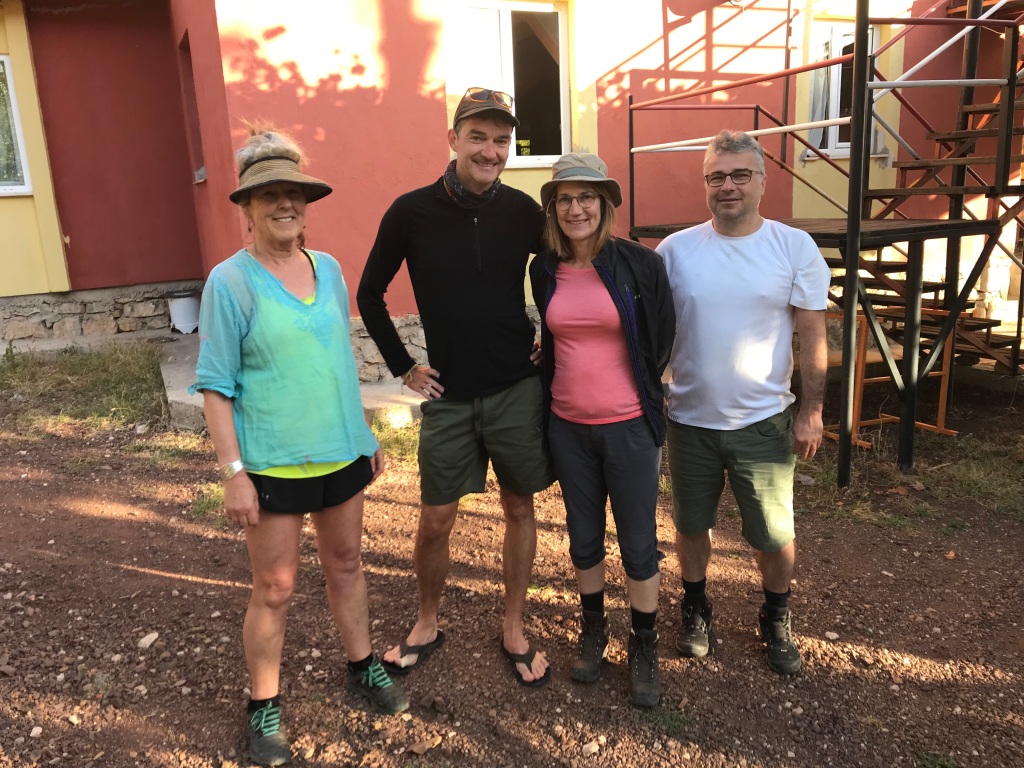 Despite being considered one of the world’s great long-distance trails the Lycian way is strangely devoid of hikers. Between Olympus and Antalya there are hundreds of Russian and Ukrainian hikers doing short trips in that area, but for the majority of the Way it’s uncommon to meet others. I crossed paths with only one other through-hiker, a young Canadian chap, and the only others I met were doing short 1-5 day treks along certain sections. This is no Camino de Santiago. If you’re doing it solo then you’ll likely stay solo the whole way. The best chance to meet others is in the Pension’s that you’ll stay at and this is a great chance to kick back, have a beer and swap stories.

I spent an average of about A$40/day ($30US) mostly on accommodation, food and drink. Cash is king in this part of Turkey so I’d just top up some more Lira every time I saw an ATM. If I’d been wild camping every night (which is certainly possible) I could have cut this done to practically nothing but Turkey is very easy on the wallet and a bed and shower didn’t seem like an overindulgence.

So there you have it. If you’re in good shape and are looking for a long distance hike that’s off the beaten track, has culture, fantastic scenery but isn’t a true wilderness walk then the Lycian Way is about as good as it gets.

Trying my best to have an interesting life. View all posts by Adrian Falvey

2 thoughts on “The Lycian Way”

These are my thoughts on financial independence in the tech industry, adventures around the world and how to live a more sustainable life in environmentally challenging times.